What is the connection between asparagus and religious liberty? The fact that for 200 years, the Midland Unitarian Association has held an asparagus lunch, initially as a cover for the meeting of Unitarian ministers when Unitarianism was still illegal, and subsequently to continue the tradition, and it must have helped that asparagus is really tasty. Ant Howe explains: 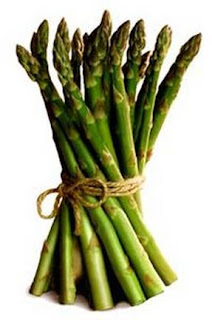 The tradition goes back at least 200 years - and you might wonder why on earth a group of Unitarian ministers would do such a thing! After all, whilst asparagus is lovely to eat, why would we go to such trouble to eat it?
Well, our group of Ministers in the Midlands have been meeting each month since 1782. Back then, Unitarianism was still illegal. If you professed Unitarian beliefs, you could not only face prosecution, but also persecution in your community. In fact, our churches which date back to that time had to be very careful as there was a very real risk. Unitarianism didn't finally become legal until 1813.
So, if you are a group of Ministers in the Midlands who belong to an illegal organisation, you'd have to be careful about where you meet. In fact, a disguise might be necessary. And so the idea came up of going to Evesham and meeting there when the Asparagus crop was harvested. There would've been lots of strangers in Evesham at that time: farmers selling their asparagus crop and many people there to buy. A group of Ministers could easily meet and pretend they were there to buy asparagus .... and so the Asparagus Lunch was born!
You might think that all this sounds rather a great deal of effort just to hold a meeting, but we have to remember what a risk it was to be a Unitarian minister in those days. Right up until 1813, if you were caught proclaiming Unitarian beliefs, you could be heavily fined, and if you did it a second time, you could go to prison for up to three years and lose all your civil rights permanently. Unitarians couldn't go to university or hold civil office, and many of our earliest churches and chapels were built to look like barns or houses, so that they didn't attract too much attention.

I discovered this because I was searching for the Unitarian toast, which I have heard mentioned by people from the Midlands, but which doesn't seem to be much used further south. The toast is to "Civil and Religious Liberty the World Over" - I'll certainly drink to that.
Posted by Yewtree at 21:41

So *that*'s why the Brighton lot served uber-elegant little roll-up asparagus sandwichlets at their do!

I would be surprised if it was linked with the Midlands tradition!